Exceptional Education at the Heart of the Community 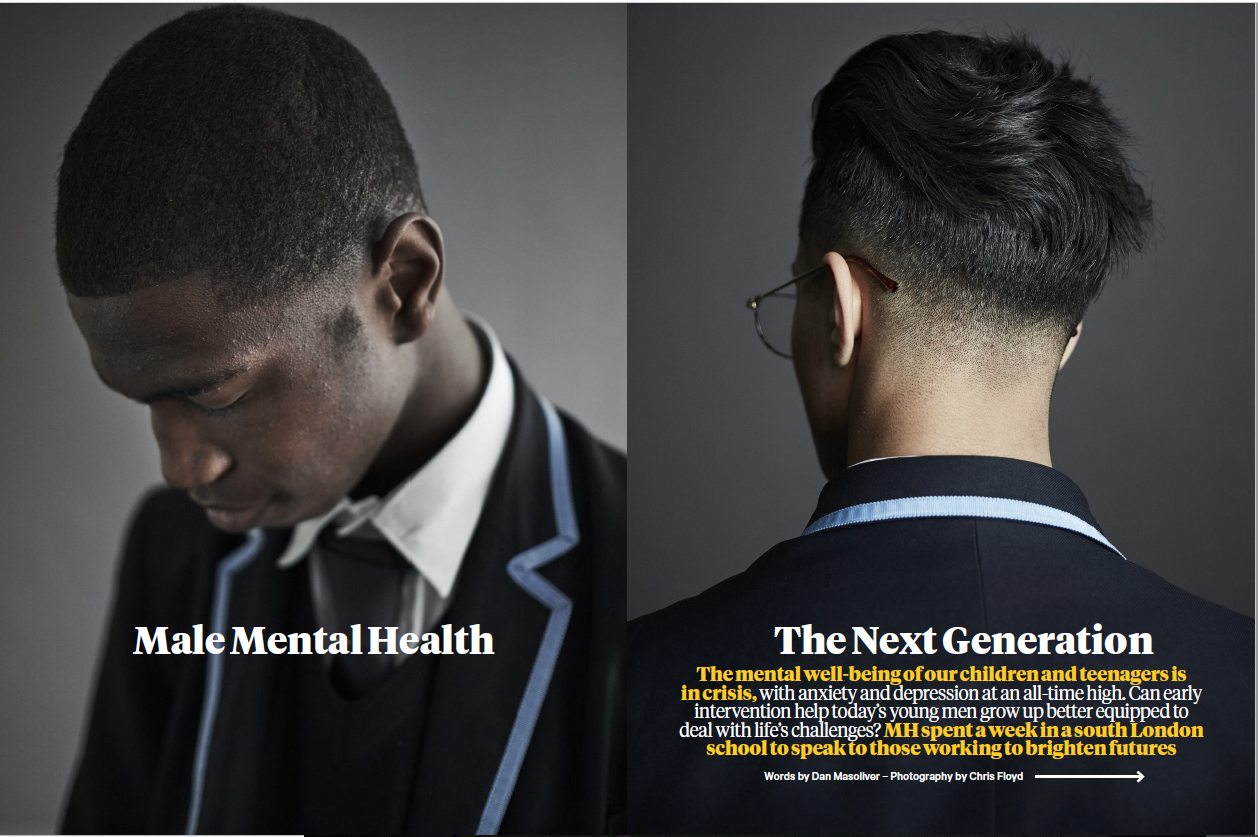 Male students at Oasis Academy South Bank, Waterloo, have been working with national magazine Men’s Health to break the stigma of mental health in men.

Mental health statistics are becoming increasingly stark, especially in men. With suicide as one of the biggest killers of men under the age of 45, the impact of cultural stigma is a well-discussed topic.

Staff and students welcomed Men’s Health magazine into the academy, working collaboratively to raise awareness and be changemakers for a better future for our young men.

Four brave students (Andrew, Hassan, Elohim and Ibrahim) shared their stories with the magazine, detailing their struggles with mental health, why they themselves were seeking help, and the additional support the academy and the mental health charity Place2Be are able to provide

The article now printed and featured in the June 2019 issue, praises the academy and former Principal Carly Mitchell for the approach taken to helping young people navigate their teenage years. Through building resource into the academy, including on-site counsellor Guy Rashty, the children can access support faster and build a shared sense of respect within the school setting.

Oasis Academy South Bank student Hasan, 16, says “At my old school, there were basically no rules.  Everyone was fighting.  Everyone was trying to be the powerful man.  I didn’t know how to deal with my emotions, so I used to get into fights.  Now I can control my anger.  I see things differently.  Oasis has changed me.  They system just shapes a person in a good way.”

Explaining the approach, Carly Mitchell says, “I think schools with a pure focus on academic outcomes really miss a trick.”

“In fact, these outcomes are stronger if there is robust mental health support, a shared sense of respect and an understanding of who (the students) are as people – who they want to become and what they need to do to make those transformations in their character.”

You can support the message the young men from Oasis Academy South Bank have shared by following the campaign run by Men’s Health and charity Young Minds via #GiveThemAHeadStart or by visiting menshealth.com/uk/givethemaheadstart.

The article by Dan Masoliver is out now in Men’s Health, June 2019 edition.